We publish opinions and comments of users on the phone number +6161887240600. This will tell you who called you from this number and you can avoid taking a call from an unwanted phone number. Below you will find the latest information. 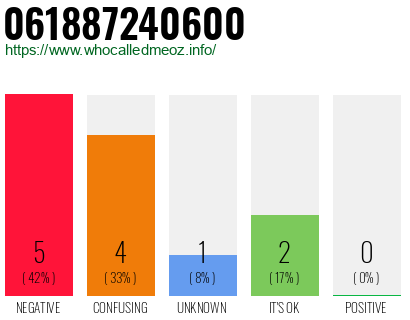